Herb Kalen plans to move to Florida with his wife Kathy at the end of September for health reasons, but there’s something the 30-year resident of Angel Fire had to do first.

From their living room on Pinon Circle Friday (Sept. 14) morning, the Kalens could describe the terrain, distance and elevation gain of virtually any Enchanted Circle hiking path but one — a small spur of Angel Fire’s “Coyote” greenbelt trail.

But Herb rearranged his afternoon schedule that day to be sure he had time to explore it.

Herb and Kathy are perhaps the best resource on hiking the Enchanted Circle because without them, many of the local trails might not have been built.

When the couple moved to Angel Fire in 1982, they usually hiked near Taos, Red River and other outlying areas because there were few trails nearby. But during her time as a volunteer at the Angel Fire Chamber of Commerce, Kathy said, she decided to do something about that.

“It seemed like everybody that came in there wanted to go hiking,” she said. “…We knew all the trails, so we’d send them to Taos and Red River. And then it dawned on me: ‘My gosh — we try hard to get people here and we send them out.’”

So Kathy took it on herself to map an Angel Fire-area trail that people could use for hiking, as well as biking, snowmobiling and cross-country skiing. She planned to have the trail built on U.S. Forest Service land, she said, but she didn’t think she could get the federal government involved by herself.

Kathy turned to a small group of hiking friends for help.

“We had this little group that had asked us to take them hiking, and then we began to kind of form a group,” she said. “But we didn’t think we were going to do anything like incorporate or anything like that.”

But Kathy said the members came up with an official name for the group, which was able to “adopt” a trail on Forest Service land in 1990. That was the beginning of both the Moreno Valley Trekkers and the Elliott Barker Trail Complex west of Angel Fire, she said.

Using only existing game and logging trails, Kathy said, the group and Forest Service workers cleared a roughly five-mile hiking path from U.S. Highway 64 near Angel Fire to the top of Apache pass in a single summer. During the following years, she said, the club extended the path to the South Boundary Trail between Angel Fire and Taos and several other existing trails in the region.

“We all went out there tossing branches and clearing it out,” she said.

Now with about 170 members, Kathy said, the Moreno Valley Trekkers are also responsible for the construction of the roughly 13 miles of greenbelt trails in Angel Fire and Touch Me Not Trail in Cimarron Canyon State Park. The group also built the Tolby Creek Canyon, Black Jack and Maverick Canyon trails and helped repair the Clear Creek Trail at the park, she said.

“All those trails you see in the village were built by the Trekkers,” Herb said.

Shortly after the Trekkers group was incorporated in 1991, Kathy wrote and published “The Hiker’s Guide to the Enchanted Circle,” a 123 page guide that includes detailed photos and maps of hiking paths in the region. The Kalens gave several boxes of the book to the Trekkers to sell, and Kathy recently gave the group the right to update the guide.

The Kalens were also instrumental in the formation of the Angel Fire Garden Club, which has grown from a membership of six to about 100 since Kathy sent the first invitations to prospective members in 1991.

The garden club maintains the gardens at Vietnam Veterans Memorial State Park, the Shuter Library of Angel Fire and the median on North Angel Fire Road at the intersection of Mountain View Boulevard. The club also wrote and published “Nature Has Its Way” and hosts an annual tour of local gardens.

In addition, the Kalens helped bring road signs to Angel Fire through their involvement in the Home And Landowners Organization that represented local property owners in the community’s early days. Kathy helped build the first electronic database of property owners though their involvement in the group, she said, and Herb was involved in a lawsuit that helped bring improvements to local properties.

Herb and Kathy met in 1965 at Eglin Air Force Base in Florida, where she was a nurse and he was a pilot. They had their daughter there and then moved to Kirtland Air Force Base in Albuquerque, which was their last duty station.

Kathy wanted to retire in a small cabin in the mountains, she said, and the Kalens decided to build in Angel Fire after a “huge dump of powder” in 1982.

Standing on the Angel Fire ski slopes in 18 inches of fresh snow, Herb said, “I thought, by golly, this is the place.”

Their small cabin turned out to be a large home “due to Angel Fire rules,” Kathy said.

“We went through three lots and three houses since then,” Herb said. “…We got pretty heavily invested right from the start with that first house in 1982.”

But the mountains that brought the Kalens to Angel Fire are now driving them away.

Herb is now 82 and Kathy 78, and her weakening lungs no longer mesh with the thin mountain air. She said she had to give up hiking and other strenuous high-altitude activities about four years ago.

“I just can’t breathe good enough up here,” she said. “I can walk from one end of the house to the other and then I’m out of breath. We used to climb fourteeners and backpack.”

Though they said they have enjoyed their life in Angel Fire, both Herb and Kathy said they look forward to watching the sailboats come and go from their 10th floor condo overlooking Saint Andrews Bay in the Florida panhandle.

The promise of nature… 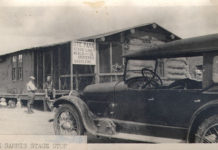 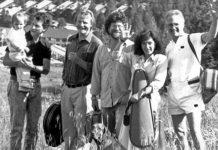 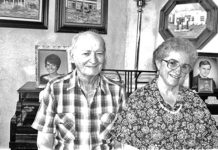