The doe was breathing heavily when we came upon her, lying on her right side in the middle of a narrow trail.

The stillborn fawn was partially out, but not budging. Mama deer was clearly exhausted. There’s no telling how long she’d been there. Had she instinctively made her way to the trail to intercept help? Or was it simply the flattest place she could find to lie down in her desperate condition?

Brian and I had been hiking all day, but we’d taken a different path up the mountain and were heading down a less frequented route. We would have otherwise never seen her.

I checked the fawn just to make sure. As expected, no pulse, no movement.

The doe flinched, but only slightly. She seemed to know we were there to assist.

Brian stroked her neck as I tried to coax out her dead progeny, but it was quickly evident that coaxing was not going to do it.

The fawn was slippery and monumentally stuck. We massaged the doe’s belly in an attempt to recharge her labor.
When that didn’t work, we removed our shirts to use for better grip. Wrapping them around the fawn, we took turns pulling, reaching far into the birth canal to grab the tiny back hooves.

As a mother myself, I ached for the doe. Not so much for her physical dilemma, but for the story of birth turning woefully tragic.

I have an enduring faith in the natural order of things. Yet, I also know that nature teems with irregularity. Didn’t everyone’s mother teach us that life isn’t always fair? Griefs and triumphs must surely share far more than our limited perceptions can fathom.

In native Hispanic culture, the partera tradition of midwifery often facilitates both birth and death, reshaping our concept of a midwife’s role. These medicine women not only foster life into this world, they ease transition into the next. In this moment, I thought about how blurry those lines had become.

We finally got the dead fawn out, then the placenta, then assured ourselves there were no more offspring ready to deliver.

The doe appeared depleted, yet visibly relieved. We stayed with her until she moved herself off the trail, just downhill from her lifeless fawn. Finally, it grew dark and we reluctantly headed home.

Later that night, however, I found myself engulfed in what I can only describe as a cross-species sisterhood. Not wanting the doe to be alone in her loss, I donned a headlamp and trekked back up the mountain.

And there she was: still standing vigil, unwilling to leave what she had so bravely fought to expel. I marveled at the poignancy of maternal drive, both heartbreaking and life-affirming.

By morning, the doe was gone. So too were the fawn and all evidence of birth. Coyotes had undoubtedly consumed the remains. Death begetting life.

More importantly, though, I want to believe what the parteras already seem to know: that birth and death are two keys to the same door.

And that Chief Seattle was right all along: There is no death, only a change of worlds. 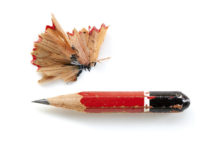 But I digress… Scribble On

Art Up Northern New Mexico says, “I Know Jo, do you?” 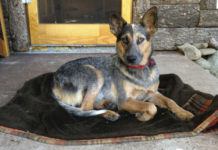