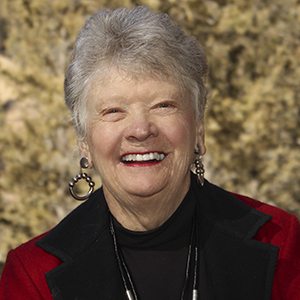 She was covered in bees. Though she doesn’t remember this event. My (late) grandmother, Florence Dorrance, reported looking across a large yard and seeing a “golden glow” around my mother who was, at that time, no more than 3-years-old. My grandmother got closer and realized her daughter was, in fact, surrounded by a swarm of bees.

“I was holding out my little hand so they could crawl on it and just loving it,” my mother Judy Miller says.

Similarly, she recalls, “I loved playing with garter snakes. My neighbor was just horrified. She screamed!”

My mother believes all children have a natural love of animals, creepy crawly and otherwise.

I choose to believe these stories perfectly illustrate a world view she holds to this day: She trusts.

Every night my parents read from the Bible, Old and New Testament. They take their guidance from The Book of Common Prayer, “the indispensable worship resource for Episcopalians,” according to the online Episcopal Bookstore.

“We’re studying for the final exam,” my dad John quips in characteristic fashion.

They pray for people, sometimes generally, more often for a list of names of people they know… and people they don’t.

“I am a member of the Daughters of the King” and that’s our chief mission,” mom says, adding, “I belong to a Bible study group and the women who are in this group are so loving. It helps to be around people who are inspirational.”

Asked for a reason, she explains, “I’m talking with God. He’s my maker, my friend, my everything. I believe in the power of prayer. God listens to our entreaties but he’s going to answer prayer in ways that we don’t fathom. I have had lots of prayers answered. A lot.”

She visits people in their homes, in the hospital, at the Living Center in Taos, because of the Golden Rule. “Don’t we love to have people visit us? The people I know who are living there, I just want to let them know I am thinking about them.”

She thinks about, and cares for, all her children, too. She still makes hearty vegetable soup every time I am sick and buys flowers to brighten my living space. She finds myriad little ways to show she cares every single day.

Many years ago I recall bitterly complaining about a group of annoying people, to which mom gently said, “They’re just people, Ellen.”

My mother knows people are annoying, hurtful, petty, gossip, arrogant, and so on, and she chooses to love them.

She isn’t perfect. She herself has been known to throw a temper tantrum. To break a plate, say, but where I (jokingly) explain annoying human behavior with this universal truth: “People are dumb,” my mother believes “people are people” and she forgives them their trespasses.

And she loves the creepy crawlers and other animals that inhabit her planet. She feeds the birds and talks to the deer and elk who graze in their backyard. She talks to tiny trees struggling to gain a toehold in our acidic volcanic duff.

So My Mom Is An ‘Elkoholic’ 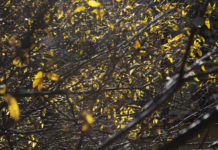 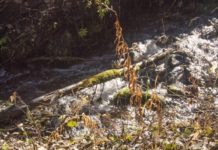 The forest is larger than one tree