Says Katrina, “John had a song in his heart and he sang it for all.”

Family and friends will have a chance to celebrate the man and his life Friday (June 26) from 2 to 4 p.m., at the base area deck of Angel Fire Resort.

“I personally will miss him a lot!” said Burt’s longtime friend and colleague Dan Rakes of Angel Fire Resort. “(He was) an absolutely great guy to work with and my friend for 17 years. (This is) a great loss to his family, the resort and the Angel Fire community. Everyone in Angel Fire has a great John Burt story to tell! His unique character touched many and will be sorely missed by all of us. Our deepest and most sincere condolences to his family.”

“He was a big character,” longtime friend Carl Nelson of Angel Fire said. “His life was big. He was a natural performer. He loved being in front of people, loved bluegrass, playing the guitar and singing.”

Nelson and wife Deborah Ledford recalled their friend was fond of making up new lyrics to familiar songs or making up new songs altogether — often on the spot.

“I can’t tell you how many people have said that was his entrance,” Ledford said. “He’d come in singing a song.”

The man with a song in his heart also had real affection for his fellow Moreno Valley denizens, Nelson said. “He came up with crazy nicknames for people all over the valley. His winter name was ‘Johnny Pow Pow.’”

Born April 4, 1963, John found his way to New Mexico when his father Ben, a Texas Highway Patrolman, took a job with the Colfax County Sheriff’s Department in Eagle Nest in 1974.

The following quotes from John Burt are from a story in the Chronicle’s 2011 Summer Enchantment by Ellen Miller-Goins.

Burt learned to ski at Angel Fire Resort and admitted, “That’s when my passion for skiing started growing.”

He juggled ski racing with working at Mickey’s and in the non-snow months, he found himself outdoors, too, hiking, hunting, and fishing. “I don’t know how many hours I spent on Eagle Nest Lake. I was a fishing guide there in high school.”

“Up here you don’t have to travel truly far to do just about anything – hiking, skiing, hot springs, great motorcycle riding, great mountain biking… It’s all here.”

After serving in the Navy from 1981 to 1985, Burt returned to the mountains and never looked back. “I came home from the Navy and went right back to working for Mickey (who had since built Village Ski shop at the base of the Angel Fire ski area).”

Burt continued for a few years working for Mickey and pounding nails in the summer months until he realized, “I really wanted to ski every day of the winter. I went and got my EMT Basic license and started working on the Angel Fire Ski patrol in ’94. The very first day I started ski patrolling and put on that red jacket I knew I wanted to be mountain manager.”

It was “through hard work and diligence” that he worked up from patrol, to patrol supervisor, to assistant patrol director, to patrol director, to mountain operations manager in 2004. For all but two-years of his career in the ski area business, Burt worked at Angel Fire overseeing the year-’round daily operations of the resort including lift operations, snow management, risk management, safety and guest services.

“A typical year is a cross between a hurricane and a tsunami. It’s high speed. Every year that I see the resort grow into what could be it’s final potential is satisfying.”

Every winter, even after he got into management, Burt skied every day if only for an hour. In between seasons, he and White traveled to tropical destinations for scuba diving, sailing, snorkeling and “enjoying those island cultures.”

In the summer months, he was found mountain biking, riding his Harley or playing golf.

“Deb, Johnny and I were mountain biking buddies from day one,” Nelson said, recalling the heady PBP (pre-bike park) days in Angel Fire. “We pioneered all kinds of crazy trails around here.”

Nelson and Ledford also played golf with their pal who characteristically brought his signature humor and joy to that game as well.

Said Ledford, “In the last couple of years he’d gotten these new Wilson balls so every time he missed a swing he’d yell ‘Wilson!’ like Tom Hanks in Castaway.”

Later, lest anyone miss the reference, Burt painted faces on his golf balls.

The man’s life can best be summed up using his own words from 2011:  “I can honestly say that I’ve been blessed. For a kid growing up in Eagle Nest I’ve had a great adventure.” 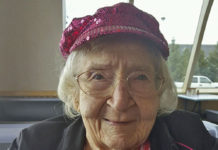 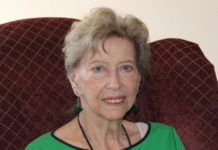 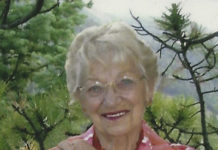